Who doesn’t like French toast? Especially when it’s VEGAN and refined sugar-free! Thanks to a local grocery store in Hong Kong stocking an amazing egg replacer Neat Egg. Neat Egg is an all natural replacement for eggs used in baking that consist of just two ingredients – chia seeds and garbanzo bean powder. Simply add 2 Tbsp of water to 1 Tbsp of Neat Egg mix and you will easily get 1 vegan for substitution. After buying this pack of wholesome egg replacer, I just can’t wait to create some new recipe! As I was craving for some sweets the other day, why not making a French toast using this vegan egg mix? I also used Coconut Matter‘s WILD virgin coconut oil to fry the French toast, which gives not only a really good scent, but believe it or not, it also resembles the effect of using butter in frying 😸 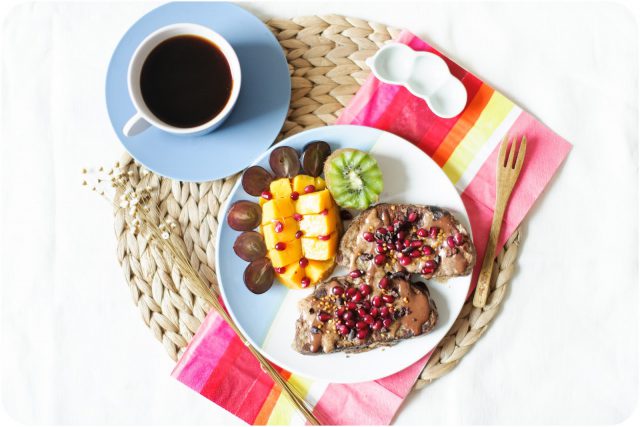 Tiger print bread for the Year of Tiger 🐯 🧧

Happy Friday! 👻 Hope you all enjoy your well-de

Still couldn't get over how good these apple danis

Made some cinnamon apple danish using the puff pas